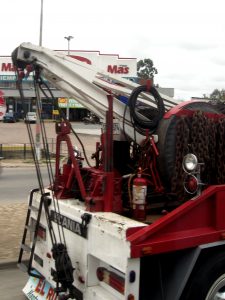 Modern vehicles do not usually have a lot of electrical faults but when they happen, they are very disruptive.  It is important for anyone who works on cars or diagnose no starts like those at Milwaukee Towing, to have some basic knowledge about vehicles and their electrical systems.

Why Electrical Faults are Such a Pain

Electrical faults can be some of the most disruptive faults in vehicles. They make driving at night a harrowing experience due to lack of proper light in the headlights. Sometimes it may be that a person wants to rush somewhere but a car that was in perfect working order some hours ago just doesn’t start. One of the reasons why electrical faults are such a pain is because they are not as easy to diagnose as mechanical faults.

The electrical system of a car starts with a battery. It is from this battery that the electrical power necessary for use by vehicles is found. This electricity runs important parts of the vehicle such as the starter, control units, alarms and other safety measures. Usually the body of the car acts like the grounding which gives the whole vehicle stability.

To identify problems affecting the electrical systems, some tools are needed. These include a 12 Volt test light which is used to check whether power is flowing. A digital multi meter (DMM) checks all the attributes of electricity and continuity. The most common problems in vehicle electrical systems are battery problems, fuses and grounding problems. These should always be checked first.

Although electrical problems are difficult to diagnose, they are generally easy to solve. This is because their causes are not as many as the possible causes of mechanical problems. It is always important to conduct routine maintenance checks to avoid inconveniencing failures and expensive repairs.